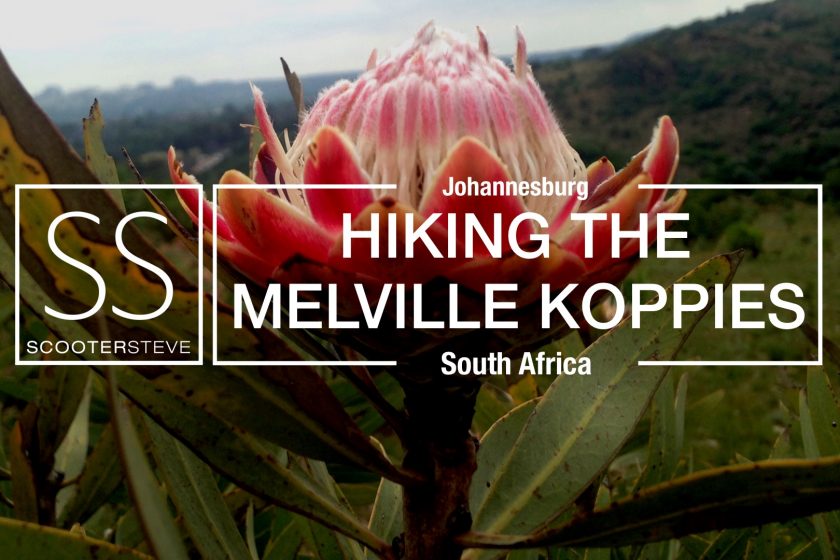 Apart from criminals, the worshipers of the African Independent Churches use Melville Koppies West to conduct their services.  Think men and woman in bright blue robes, chanting and dancing in circles. 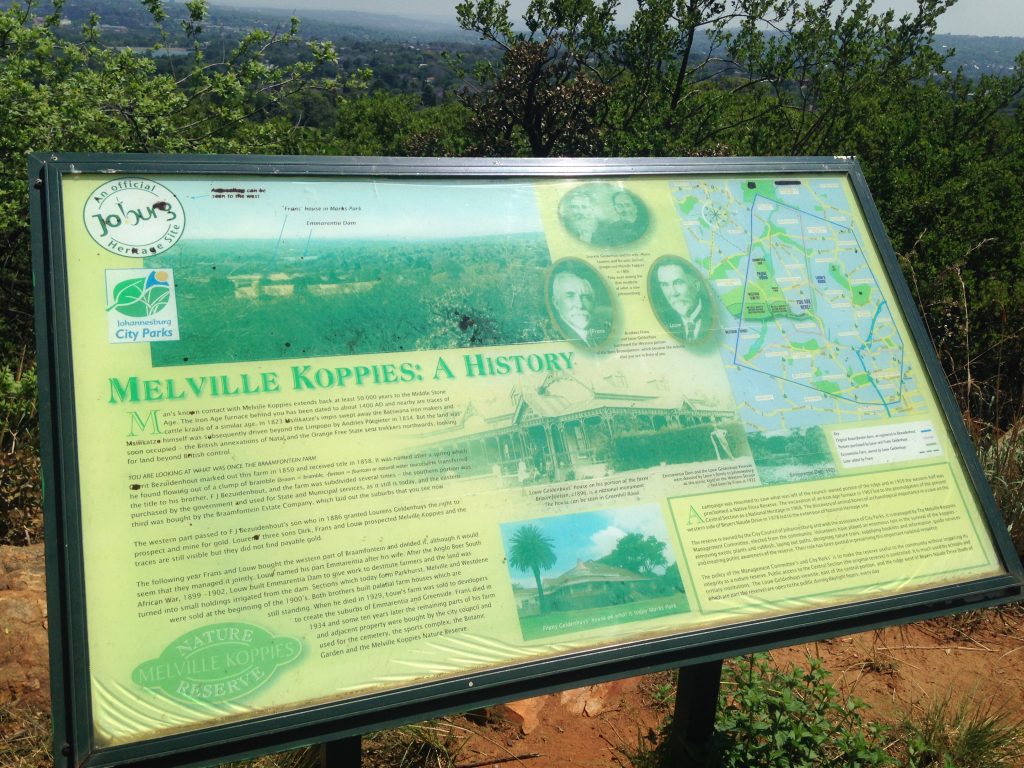 In order to prevent soil erosion on the dirt paths, the volunteers who look after this green space, have laid carpet off-cuts along high traffic sections of path.  Ingenious if you ask me.

Every Sunday, the good folks at mk.org.za run guided walks and hikes across the 3 properties of the Melville Koppies, namely east, west and central.

Many a local will tell you they’ve driven past this green space dozens of times, but have never considered walking it.  I am one of them!  40 years of living in Jozi and never once did I consider this a worthwhile expedition.  I was surprised both with the unique views it offered over my city, as well as its historical significance.

What makes the Sunday morning guided walks so special is that you get access to MK Central.  This is closed to the public because it is home to some very special stone-age sites.  Evidence of Johannesburg’s earliest residents dating back thousands of years is preserved and maintained by the volunteers of Melville Koppies.

The R50 donation helps maintain the site, and pays for security.   The sad reality of this urban, green oasis, is the crime element.

Apart from criminals, the worshipers of the African Independent Churches use Melville Koppies West to conduct their services.  Think men and woman in bright blue robes, chanting and dancing in circles.

There have been many reports of muggings and assault, so the guided walks are conducted with armed security guards.  Perhaps an over-kill, no pun intended, but a wake up call to anyone thinking of doing their own solo walk.  Perhaps don’t?

The walk started promptly at 08H30 and the volunteers managed expectations well. It is not an overly physical hike, but for the less fit, the 9km walk will test your glutes!   It’s called The Koppies for a reason!

A koppie is a hill!

You ascend and descend all 3 koppies within a 3 hour period, so if you are a cigarette smoking, pack-a-day person you have been warned!  Johannesburg is a high-altitude-city at 1652m above sea-level.  A few of the tourists on the hike were huffing and puffing!

What this hike is not, is an escape from the city.  Instead, it offers you views of the city from angles you will have never seen before.  Views of Emmarentia from the Central koppie are supurb, as well as the skyline from the East Koppie.  Jacarandas in bloom you are presented with a forest-like landscape of our beautiful city.

If you have a little curiosity about the social anthropology of this area, there are wonderful info boards to peruse.  I don’t pretend to empathize with the dismal lives our ancestors lived.  What does intrigue me is the ecology of the area.  The biodiversity is spectacular. Proteas and fyn-bos pepper these highveld hills!  And they say the Cape has it all! 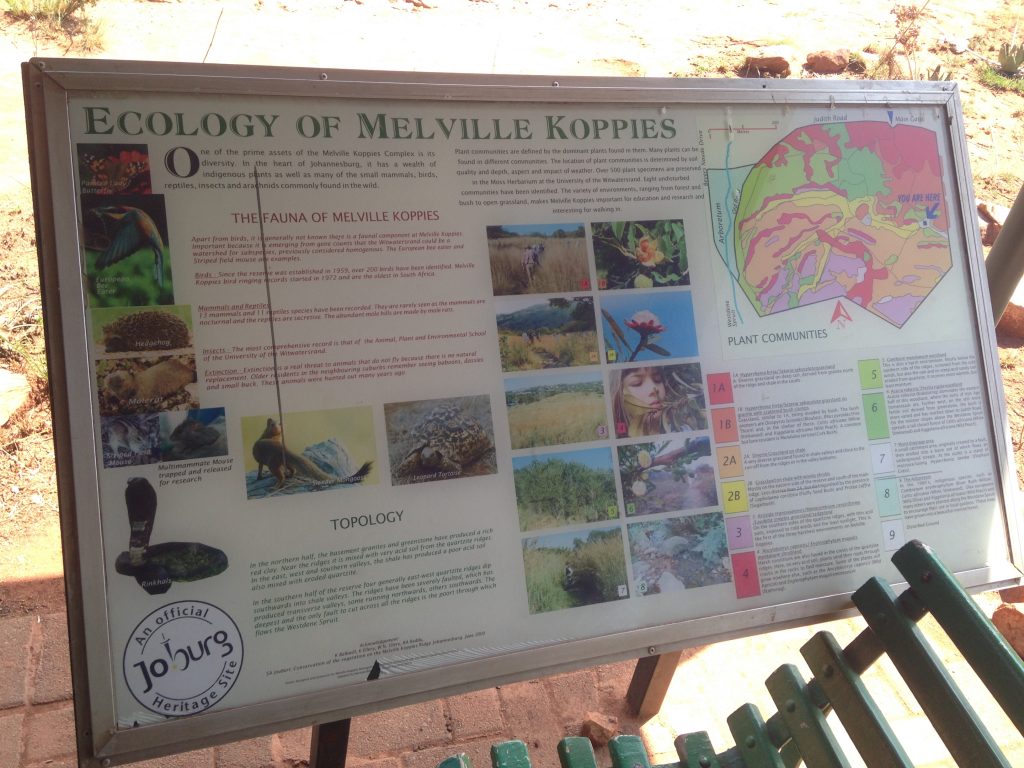 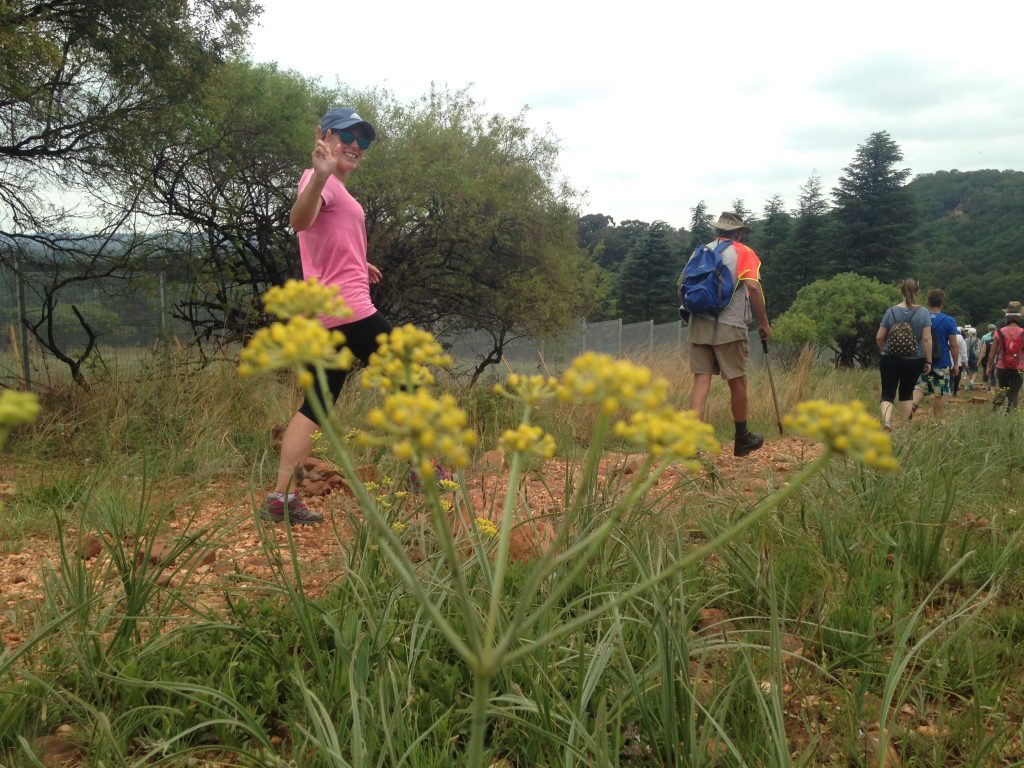 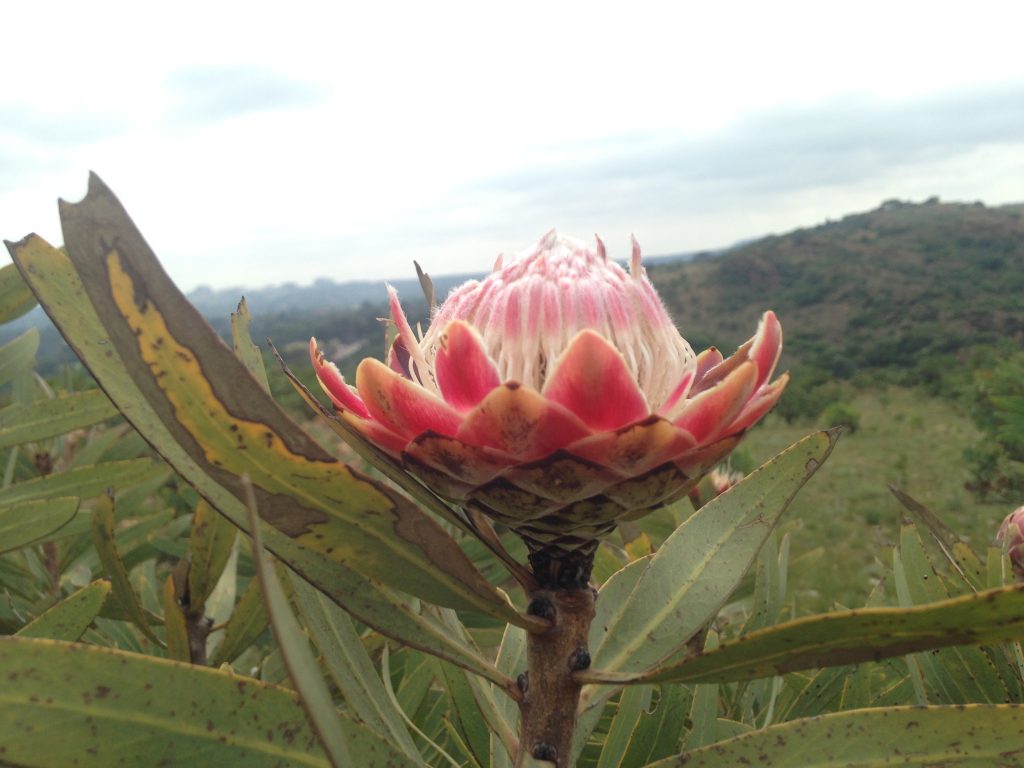 The 9km hike took a little under 3 hours.  The weather was hot and humid, so I came prepared with 1,5l of water.   The group was split into 2. Thankfully! Medium-to-brisk, and not-so-brisk!  It’s a communal affair so if you’re looking for a serious physical challenge against the clock, this is the wrong hike for you.

The terrain varies from dense forest to steep, rocky outcrops.  There is even a river crossing!  And then of course the bushveld. A glimpse into what Johannesburg looked like before the 1800’s gold rush.

Come for the social aspect and you will be rewarded with a wonderful new found knowledge of your city. 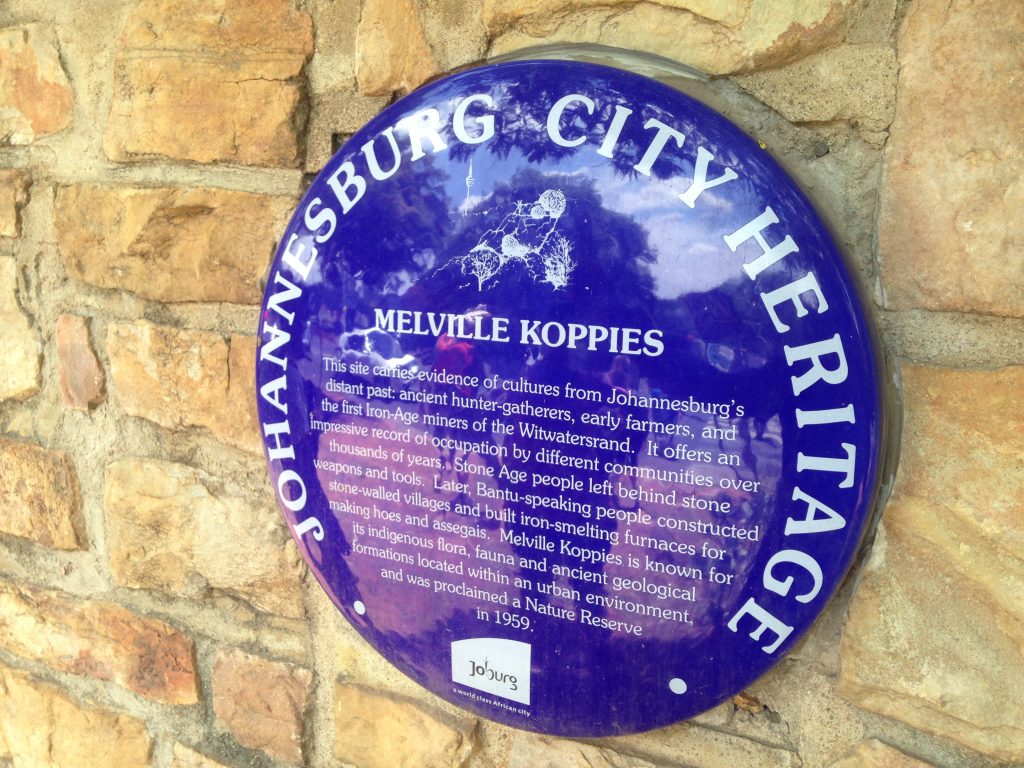